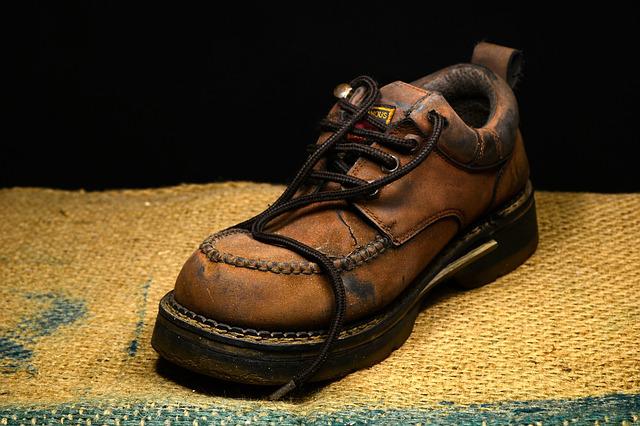 Do you ever “wait for the other shoe to drop” worrying and assuming that something bad will happen?

This type of worry includes the expectation that something bad or negative is inevitable. It often leads to excessive worrying, ruminating or obsessing.

I’ve noticed that older folks (like me!) are more familiar with this expression than younger people. Ever wonder where this phrase came from?

The expression seems to have its origin in tenements or boarding houses of the early 1900s where many tenants were crowded into multiple tiny rooms. In big cities like New York and Chicago, multi-floor apartments were common. One tenant’s bedroom was always directly underneath another.

Because of thin walls, when someone came home, perhaps a worker with heavy boots, they would have a seat and take off their footwear. They would take off their 1st shoe and let it drop, making a loud noise. The other tenants know exactly what that noise is…

So… they wait in anticipation for the other shoe to drop.

The worker, perhaps realizing what a loud noise he just made, places the 2nd boot softly on the floor instead of dropping it. This leaves the other tenants anticipating a noise that does not come, but they keep waiting, not wanting to be caught unaware and startled.

Waiting for the other shoe to drop is a common part of anxiety and worry. Worry is thinking about the future with anticipation of something negative.

Waiting for the other shoe to drop starts a vicious cycle of worrying about things that have not even happened yet – AND MAY OR MAY NOT EVER HAPPEN.

Sometimes bad things (i.e., the shoe drop) do happen in life. And sometimes they don’t.

Statistically speaking, there are plenty of times that shoes actually do NOT drop. However, when you spend a lot of time EXPECTING them to drop, you end up with a skewed and inaccurate perception that shoes are “always” dropping.

Worry and anticipatory anxiety usually come from: a) the mistaken perception that bad things “all the time,” along with the illusion that: b) that it will be easier to handle if we are prepared or expecting it.

We fear being taken by surprise or blindsided so much that instead, we end up wasting precious time worrying about things that may never happen.

Seeing a bad thing coming in advance has no real relationship to how bad the thing is or how it will affect you.

You may think that worry will prevent you from having to deal with difficult emotions like fear, panic, loss, anger, disappointment, or devastation. For the most part, this is an illusion. Bad things are bad and they are hard and they can hurt. Worry doesn’t change that.

There’s an old saying: “Nothing in life is certain except death and taxes.”

So pretty much everything else in life has an element of uncertainty. But your human brain doesn’t like uncertainty. It would rather have control.

Ultimately, we are most afraid of losing control. Worry gives you the ILLUSION of control. Worry TRICKS you into thinking that if you plan for the worst-case scenario that you’ll be able to control it. Don’t fall for this trick.

Controlling everything is completely impossible and it is the wrong goal. A better goal is to build resilience and strong coping strategies so you can better tolerate and accept the uncertainties of life. Then you can spend more time living it and enjoying it (and less time worrying about it).