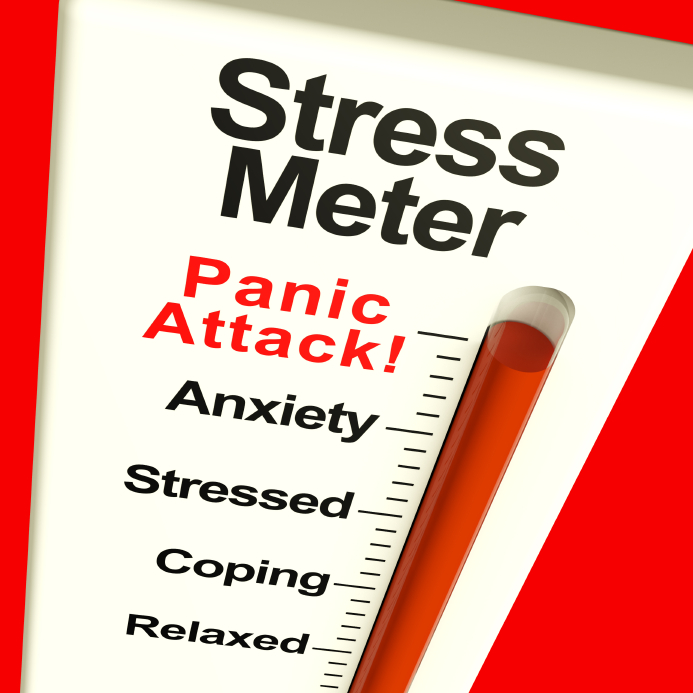 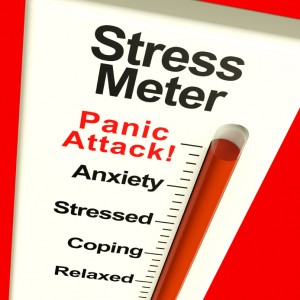 Panic attacks are an extreme form of anxiety that include very scary physical symptoms.  People having a panic attack often fear they are having a heart attack, fear they will stop breathing, or fear they will go unconscious. Thus, they often end up in the Emergency Room and go through lots of testing, only to be told there is nothing physically wrong with them.

Panic attacks are different than other kinds of anxiety because they come on suddenly and include a sudden rush of intense fear or discomfort, along any combination of these common symptoms:

When Does Panic Attack?

• Sometimes panic attacks come on “out of the blue,” even when you are sleeping or sitting and feeling relaxed, such as watching TV.

• They can also be tied to specific situations, often where you feel trapped, or become afraid you may not be able to escape or find help.  Examples include:

• If you’ve experienced a traumatic event, panic attacks can be triggered by things that remind you of the traumatic situation.

What is the Biggest Cause of Panic Attacks?

Once you’ve had a panic attack, the fear of having another one starts to take over.  Anxiety grows as fear of another panic attack grows.

It is very common that people get anxiety in any situation where a panic attack has occurred before.  Also, expectations or predictions that panic symptoms (such as diarrhea or sweating) will occur actually can cause symptoms to occur.

Getting Rid of Panic Attacks

You do not have to live with panic attacks!

[pullquote]Research shows that CBT is highly effective for 80 percent of people who have had panic attacks.[/pullquote]

Cognitive-behavioral therapy (CBT) for panic attacks has the highest success rate of any treatment for any psychological issue.

This means panic attacks are the #1 most treatable problem!  That means treatable and preventable, without medication!

In Part 2 of this article (coming soon), I will explain how and why CBT works specifically for treating panic attacks.

In the meantime, you may want to learn more about CBT in general in these articles:

What Is Cognitive Behavioral Therapy (CBT)?
Why Does CBT Work (for Anxiety and More)?
#1 Most Effective Anxiety Treatment: CBT