30+ years ago: Nobody ever connected stress to any physical issues. How could stress in your mind or your emotions ever effect your body? Don’t be silly. 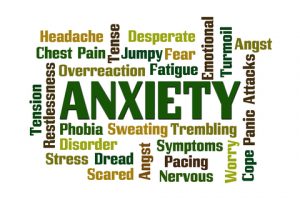 More recently: Now we hear that stress contributes to (and exacerbates) MANY physical illnesses. And lots of research proves that.

2013-present: Emerging research is showing that your mindset about stress (in other words, what you think ABOUT stress) is really what causes the stress-illness connection.

Kelly McGonigal, health psychologist and researcher at Stanford University, did a famous TED Talk in 2013 called “How to make stress your friend.”

She talks about a large-scale study by the University of Wisconsin-Madison of 30,000 participants who were followed over an eight-year period.

They asked people to rank their level of stress as low, moderate or high. They also asked the question: Do you believe stress is harmful for your health?

Then they used public death records to see which of the study participants actually died over the eight year period.

Bad news: Participants who had a high level of stress had a 43% increased chance of dying.

Surprising news: Here’s the kicker…. The 43% increased risk of dying was only true for people who believed that stress is harmful for your health!

• Participants with a high level of stress but who did not believe that stress was harmful to their health, had the lowest likelihood of death of anyone in the study (even lower risk than the people who reported the lowest levels of stress)!

What you think about stress matters! In fact, it matters more than your stress level itself!

What is your Stress Mindset?

Stress Mindsets are general beliefs about the nature of stress.

• A “stress-is-enhancing” mindset means you tend to believe that stress has the effect of enhancing performance, health and well-being.
• A “stress-is-debilitating” mindset refers to the belief that stress is dangerous, and should be feared because one may not have the internal resources to meet the external pressures.

People with a “stress-is-enhancing” mindset see day to day life stressors as challenges for which they have adequate resources to meet expected demands. Stressors can be seen as opportunities to grow, learn or step up ones game. Stress is seen as a challenge instead of a big problem to be avoided. 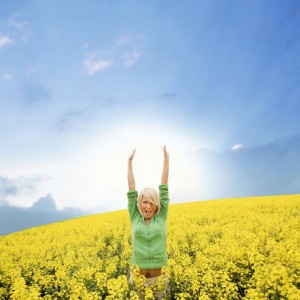 A 2013 study of employees at a large financial institution showed that those who had a stress-is-enhancing mindset enjoyed:

What do you think?

Recent research suggests that your attitude and beliefs matter a lot. This is not to say that too much stress is somehow healthy.

However, if you’re clear that you can’t change the external… you CAN change the internal – your own mindset about stress. Why not give it a try?