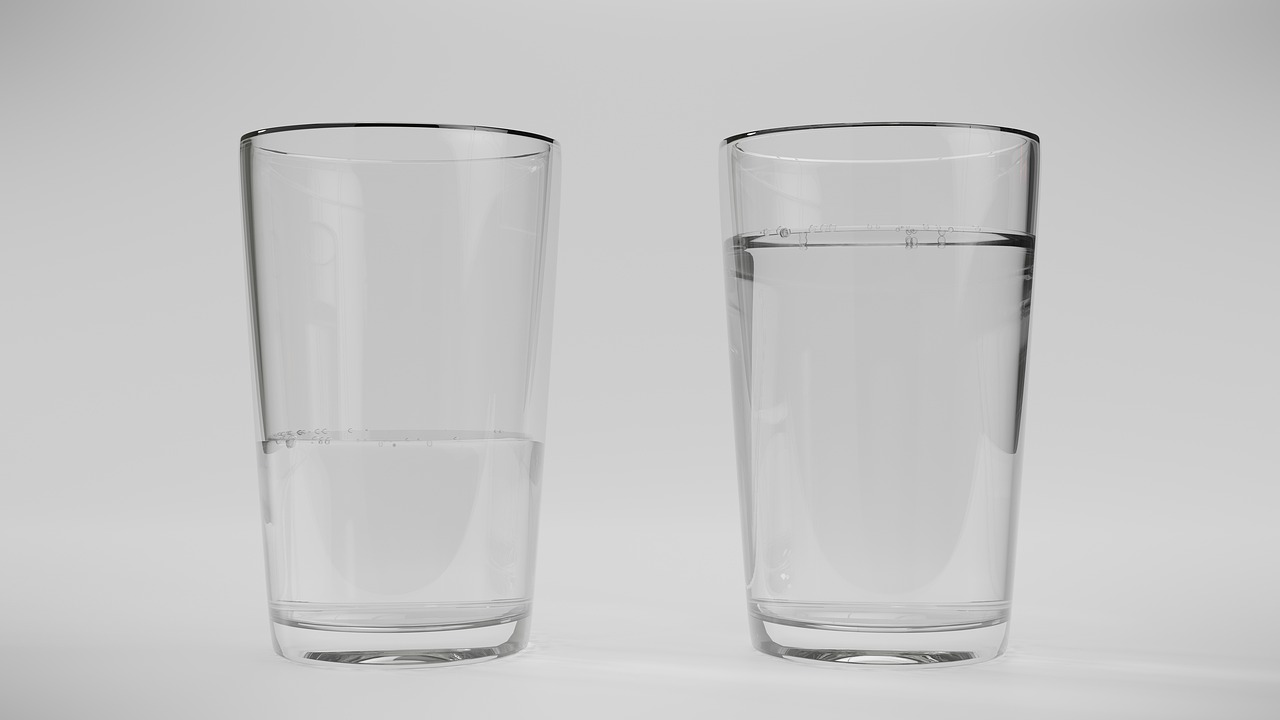 Negative thinking is a big problem with both anxiety and depression. It’s so easy for the mind to get stuck in habitual patterns of seeing the negative.  The mind can dwell, or even obsess, on worst case scenarios.  In fact, the fight-or-flight mechanism in your brain is programmed to do just that.

Have you ever been stuck in negative thinking only to have a friend or family member say “just think more positive!”

Well…duh.  If you could do that, you would have already done it. 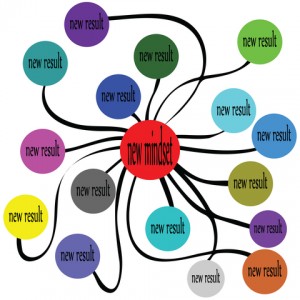 It is possible to transform negative thinking, but you need to learn HOW to turn your thoughts around to get a new mindset. That doesn’t just happen automatically.  And it doesn’t happen by merely telling yourself to think more positive.

It’s pretty impossible to “just think positive” without learning some specific ways to reframe your thinking.  (This is the whole basis of CBT – Cognitive Behavioral Therapy).

Bottles: Half Empty or Half Full?

She asked her first son to take an empty bottle to the market and have it filled with oil and she gave him three rupees to do so. Her son had the bottle filled and on his way home, he stumbled and half of the oil spilled out of the bottle. He became very upset and ran home crying.  Because he thought he was a failure, he felt shame and guilt and he was afraid to tell his mother what had happened.

Next the mother asked her second son to take an empty bottle to the market and have it filled with oil and gave him three rupees also. This son also had his bottle filled, but the same thing happened. He fell on the way home and spilled half the oil. But this second son was so happy that there was still half of the oil left in the bottle that he ran all the way home smiling.  He told his mother: “Look what happened – I stumbled but I was able to save half of the oil!”

Finally, the mother asked her third son to do the same thing. Unfortunately, the same thing happened to the third son. He ran all the way home very excited. He told his mother: “Look what happened – I stumbled but I was able to save half the oil! Now I can just get an odd job tomorrow and earn enough money to refill the whole jar!” 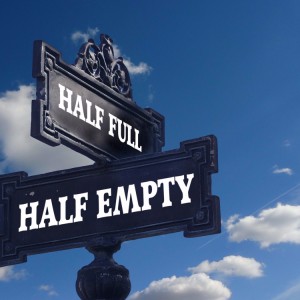 Thinking: Half Empty or Half Full?

Were the bottles of these 3 boys half empty or half full?

Was their thinking half empty or half full?

The human mind is wired to see the negative first – the bottle is half empty.  But you can train yourself to also see something good in your situation.

• Gratitude is one way to shift out of a negative mindset.

The third son was surely upset about spilling some of the oil.  But he quickly found something to be grateful for in his situation.

Negative thinking keeps you stuck.  Gratitude opens doors to a new mindset. A new mindset is necessary to make change and to get new results in your life.

• Taking positive action is another effective way to turn negative thinking around.

By adding positive action (getting an odd job tomorrow) to a seemingly negative situation, the third son did not get stuck in half empty thinking.  He was able to turn his thinking around and move on with a new mindset.

Next time you find yourself dwelling on a half empty situation, ask yourself:

What is one positive action I could take any way?

One small action can create enough shift for you to start turning those thoughts around, so you can start seeing your glass getting fuller by the minute.

Close your eyes and ask yourself:

Let yourself imagine it even if you can’t see how that one positive thing could actually become possible.  Imagination changes the way the neural pathways in your brain fire up, making way for new thoughts. 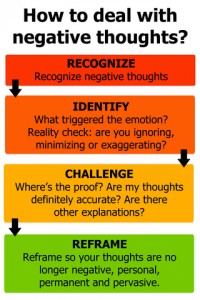 With CBT, you learn to:

By refuting negative thinking over and over again, the neural pathways in your brain literally change and the negative pattern diminishes over time.  Read more about CBT for Negative Thinking