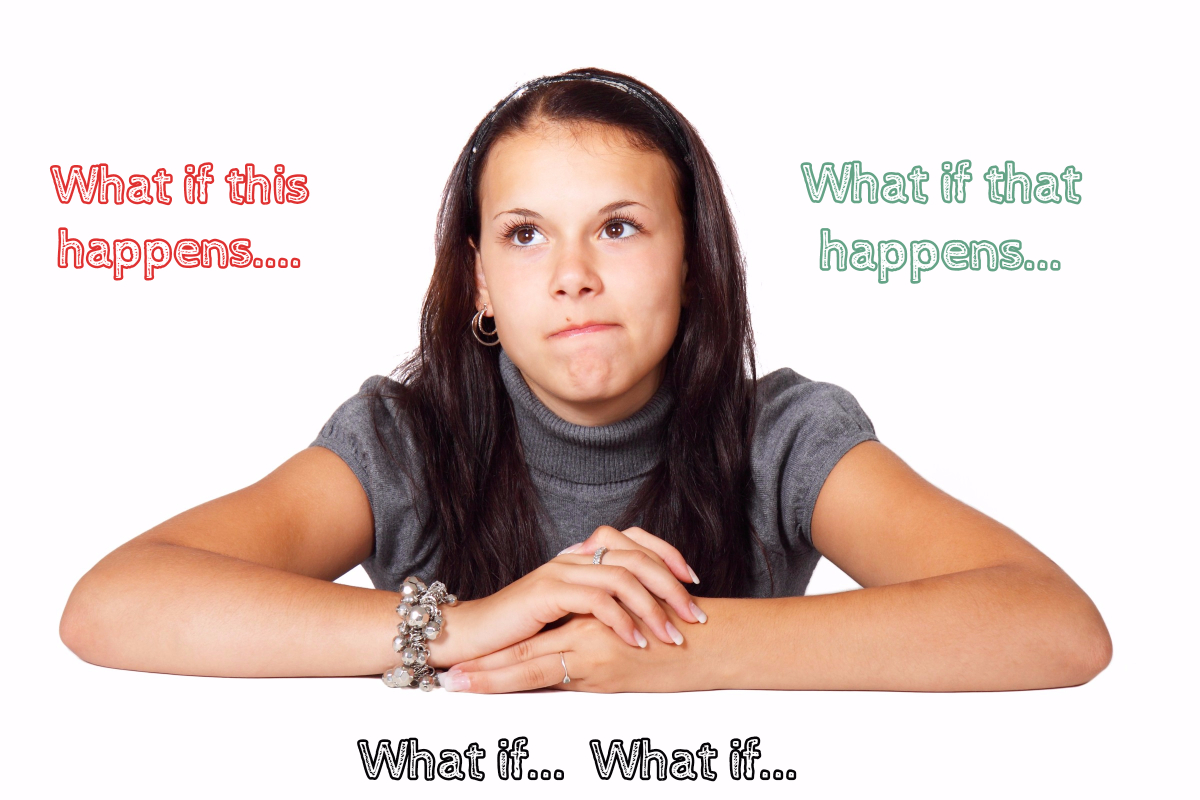 Extreme anxiety can cause you to think you are going crazy, losing it, having a nervous breakdown, or even dying.

From a neuroscience perspective, the emotional part of your brain is connected with the limbic system and the amygdala – part of the fight-or-flight part of your brain. This is part of the brain is often referred to as the cave man brain – programmed to watch out for danger. When it gets activated, it tricks you into believing that there is a sabretooth tiger about to eat you.

When the emotional part of your brain kicks in to protect you from that sabretooth tiger, it literally blocks some of the access to the logical, rational part of your brain. This is by design. If there really was a sabretooth tiger about to eat you, would you want to pause and make a pro/con list in your head before making a decision what to do next?

To overcome anxiety, it is important to realize that you have access to both of these parts of your brain.

Catastrophizing comes from fear and anxiety. Fear and anxiety are feelings. Feelings and facts are two completely different things.

Anxiety and overwhelm are feelings. Fear of going crazy is a feeling. It’s not a fact. 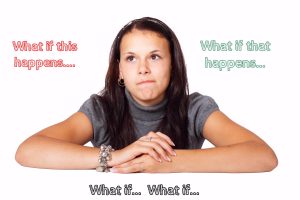 Catastrophizing leads to telling yourself scary “what if” stories of some dreaded unknown. These are the things of scary movies or horror films. Not reality. Not facts.

A common catastrophizing thought is that “l’ll go crazy and end up in a straight-jacket or in a mental institution.” Guess what? Those are just more scary stories from scary movies. The fact is that mental health treatment is not like that.

In Cognitive-Behavioral Therapy (CBT), catastrophizing is one of many cognitive distortions. Anxiety triggers your emotional brain and causes distortions that can “trick” you into believing that something is true and factual when it really isn’t.

How can you get out of your emotional brain and use your logical brain to recognize that the imagined catastrophe is not factual or accurate?

Ask the logical part of your brain what does it really look like to “go crazy?” Literally, what does that mean? Document all the details in writing:

Document behaviors and observations only – not your feelings. Remember, feelings are not the same as facts. Detail what you would be doing vs. what would you be feeling.

This will help you debunk your fears, stop catastrophizing, and reduce anxiety and overwhelm.